It's been a long time since I've been here. I got burned out with all the nastiness that is going on in this world and started to feel like I was preaching to the choir. I have spent the last two years focusing on homeschooling, homesteading and building my farm.

I've just launched a blog for the farm- http://hammockhavenfarm.blogspot.com/.

You know I can't completely stay out of politics, but dealing with it daily was too consuming.
Thank y'all for reading!
Kristin
Posted by Kristin at 11:00 AM 5 comments

An insult to dogs everywhere:


I've been down here in Orlando for the last few days and stumbled across this one. Only at Disney eh?

I was enjoying the comments to much in this article, I just had to share.

Have a fantabulous weekend everyone!
Posted by Kristin at 4:36 PM 8 comments

No Lead in Bullets

Here they go again--the big-government, power-hungry, all-powerful, enviro-nazi progressives who are running this country are giving us another Nudge, this time to circumvent the Second Amendment.

The anti-hunting crowd (like Regulatory Czar Cass Sunstein) has a petition circulating looking to ban lead from ammunition and fishing sinkers. Hey, if air is hazardous to our health, then the lead in bullets must be wreaking havoc on the environment!

Interestingly, they used this picture of a dead Bald Eagle on the cover of their petition. It's my opinion that this beautiful bird died of a heart attack when he learned what these people are doing to America!
Posted by Kristin at 12:02 PM 14 comments

Turmoil in the Middle East and Jefferson's Favorite Psalm 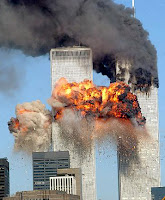 There are radicalized Muslims in Iran, Saudi Arabia, Afghanistan, Egypt, Jordan--we'll just say most of the Middle East and much of the world--who are waging jihad on the Great Satan and the Little Satan, Israel and the leadership in America is bending over backwards to show how tolerant we are.


Our Muslim (sympathizing or just plain Muslim? --you decide) president....

....seems to think that going to Egypt apologizing for our existence, comparing the holocaust to "dislocation" of the Palestinians in Gaza, using NASA for Muslim Outreach, and bowing to the Saudi King, is going to make these radicals change their minds and all of a sudden love America--the Messiah is president after all.

Newsflash, leaders in the Muslim world see all this apology and tolerance as a sign of weakness and they are waging an all-out assault on our way of life. Beginning with this mosque at ground zero. While his wife Daisy is calling the treatment of Muslims in America "metastasized anti-Semitism", her husband Imam Feisal Abdul Rauf is touring the Middle East on our dime.

It is past time for American's to wake up and realize that we are "tolerating" ourselves out of existence. Earlier this year, Christians in Dearborn, MI were arrested simply for being Christian at an Islamic festival. Many of these people aim to bring Sharia Law to America. I wonder how Rosie O'Donnell and her ilk will like life then? The enemy of your enemy is not your friend.

Then there is Israel, caught between a rock and a hard place. Iran is fueling their first nuclear reactor. Is Israel supposed to stand by and be tolerant as extremists try to bomb her off the face of the earth? The Obama regime seems to think so.

But what else would we expect? Our Muslim-sympathizing wannbe dictator has been snubbing our (former?) ally since he took office. Obama snubbed Netanyahu during his visit to the White House, he asked Netanyahu not to come after the first flotilla, then the "Messiah" called the flotilla raid tragic and asked for a probe! Little wonder Obama would side with the flotilla people on this one (and the next one); his friends are the ones behind the flotillas!!!

On that note, I will leave you with Thomas Jefferson's favorite psalm:

1 LORD, who may dwell in your sanctuary?
Who may live on your holy hill?

2 He whose walk is blameless
and who does what is righteous,
who speaks the truth from his heart

3 and has no slander on his tongue,
who does his neighbor no wrong
and casts no slur on his fellowman,

4 who despises a vile man
but honors those who fear the LORD,
who keeps his oath
even when it hurts,

5 who lends his money without usury
and does not accept a bribe against the innocent.
He who does these things
will never be shaken.

I was especially curious about the line "who despises a vile man"--since I see many vile men in power today--and researched it further.

I found this explanation:
[C]oncerning what a blameless man honors, the Lord says: he "despises a vile man but honors those who fear the LORD." To "despise a vile man" may seem easy at first sight, but many of us are guilty of honoring "vile" men. The Lord is speaking of those who are "vile" in His eyes, not our own. There are many who are wealthy yet vile, high-ranking yet vile, intelligent yet vile, beautiful yet vile, that are honored much by the world.

Yet another reason I homeschool. The Georgia Association of Educators endorsed Roy Barnes for governor. Not just that--every single candidate they endorsed is a democrat!

Governor – Roy Barnes
Interesting since the teachers were so angry with Barnes' plans to revamp the school system in his first term as governor that they are partially blamed for Barnes' loss to Sonny Purdue (R) in 2002.

Lt. Governor – Carol Porter
Ms. Porter's husband was running for governor. Wouldn't that have been cozy? Beyond co-owning a newspaper and raising four sons, I could find very little about her. She did blame the Republicans for not collecting enough sales taxes.

State Superintendent of Schools – Joe Martin
This guy appears to want to throw more money at the public schools and hope something sticks.

Secretary of State – Georganna Sinkfield
From her voting history from her time in the GA Assembly, it looks to me like she sides with Environmentalists, and liberals and against conservative issues, gun rights issues and business.

Labor Commissioner – Darryl Hicks
When other people seem to be running from Green Jobs, Mr. Hicks is  proudly displaying his support of this job-killing scheme.

Insurance Commissioner – Mary Squires
This "peach" was endorsed by the ALF-CIO. Need I say more?

Attorney General – Ken Hodges
According to some in his hometown, this guy seems to think he and his cronies are above the law.


You can't tell me that--with the GAE's universal support of democrat candidates and policies--our children are not being subjected to their leftist agenda in the public schools. Georgia is for the most part a conservative state with very Christian beliefs. It boggles the mind that our "educators" are so out of touch with the people of the state.
Posted by Kristin at 10:29 AM 6 comments

....but I'd still like to see a birth certificate.

A little update on the GA gubernatorial race. Back in July, Sarah Palin endorsed Karen Handel in the primary. Her endorsement, which I still believe was largely based on Handel's gender, knocked front-runner Oxendine out of the race and resulted in a runoff between Karen Handel and Nathan Deal.

The run-off was very close and Handel ended up conceding to Deal. Here's the fun part. Now it seems that the White House is going after Deal.

Q: In the Georgia Republican gubernatorial primary, the winner in that race, Representative Deal, has actually dabbled in birther conspiracies. I don’t know if he is an avowed birther, but he certainly has pushed the notion that the President wasn’t born in this country. And I’m wondering if you — upon reflection, what do you think of the fact that the Republican Party has put forth someone to run a state who doesn’t believe in the President’s birthplace?

MR. GIBBS: Well, I think if you look at what Nathan Deal is probably going to have to explain over the course of this primary, that might be some of the least of his concerns — in terms of some ethics investigations that are currently ongoing.
I think having — the last I checked, the results in that race were within a few thousand votes, which means even as you’re hoping to find a nominee, you have a very divided party, with somebody in Roy Barnes who has a track record that Georgians can be proud of.

MR. GIBBS: But you still have a very splintered party. Again, I think you are hard-pressed to see, whether it is gubernatorial races in Georgia, Connecticut, Denver — I’m sorry, Colorado — and Senate races in Connecticut and Colorado, where Democrats didn’t have an extraordinarily good night and are faced with I think, quite frankly, candidates that are largely out of step with the states and areas that they wish to ultimately represent. The first day went great! The boys got a little restless in the third hour, but settled down when I told them that I would happily keep teaching until 3 o'clock--when 1st grade lets out in public school. That settled them down.

We got our core curriculum done in just under 3 hours then spent the afternoon playing with the birds, reading Dr. Doolittle and practicing our handwriting on the new dry-erase mats Grandma brought by (I'll spare you the details on the laundry, gardening and cleaning the cat box).

Another couple days like this and I will be able to reclaim my part in saving the Republic from Tyranny.