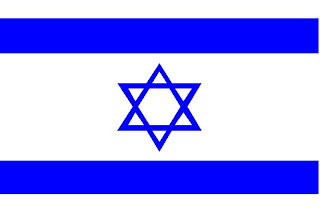 Israel is being badmouthed and condemned around the world for a raid on a Palestinian "humanitarian aid" convoy in which 10 people died.

White House spokesman Robert Gibbs said, "The Security Council deeply regrets the loss of life and injuries resulting from the use of force during the Israeli military operation in international waters against the convoy sailing to Gaza. The Council in this context condemns those acts, which resulted in the loss of at least 10 civilians and many wounded, and expresses its condolences to their families." The UN is calling for an investigation.

Now I ask you to take a look at this footage. The Israeli Defense Force (IDF) soldiers were armed with paint ball guns. Israel had already contacted the vessels to arrange for them to be docked, searched and offloaded. Leadership aboard declined. 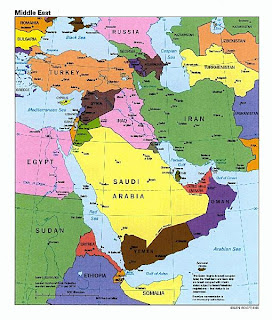 I heard this analogy the other day. Imagine you are living in New York (which is actually a little bigger than Israel) and everyone in the states surrounding you wanted to destroy New York. Look at the map. That is reality for Israel.

In Israeli Prime Minister Netanyahu's response he said, "I regret to say that for many in the international community no evidence is needed: Israel is guilty until proven guilty". I recommend watching his entire response.

Now who were these groups bringing humanitarian aid to Gaza and Hamas? The IHH and Free Gaza.

The IHH is a Turkish organization with ties to Jihad and terrorism. When the Turkish Government investigated the IHH in 1997, they found automatic weapons, explosives and bomb making instructions and concluded that the IHH was active in Jihad activities.

Free Gaza claims to be a coalition of peace activists. Funny, they sure have a politically charged name. Domestic terrorist, Bill Ayres, his wife Bernadine Dohrn and Code Pink founder Jodie Evans have ties to Free Gaza.

Is it possible that people close the the president planned this "Peace Flotilla" to intentionally stir up anti-Israeli sentiment in the Middle East?
Posted by Kristin at 8:54 AM